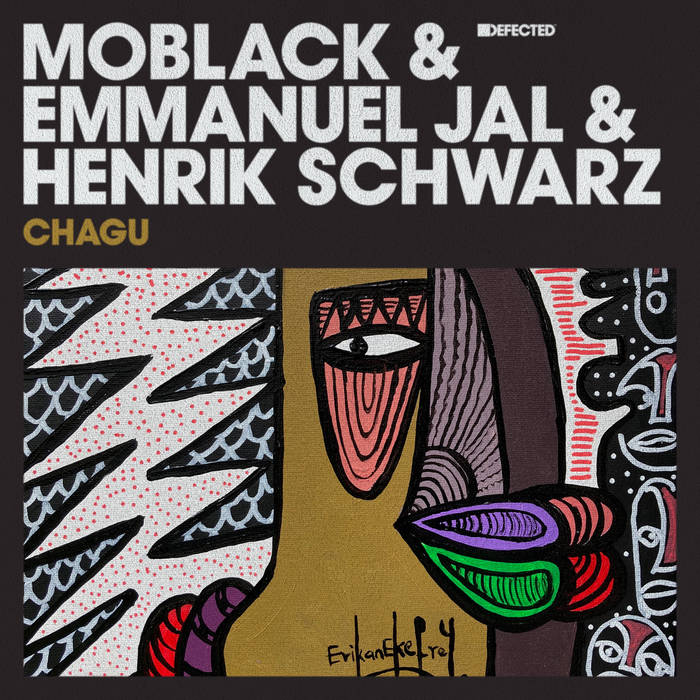 MoBlack, Emmanuel Jal and Henrik Schwarz come together to release ‘Chagu’ on Defected, following its previous vinyl-only outing. With a powerful and evocative spoken word narration provided by South Sudanese-Canadian artist, actor, former child soldier and political activist Emmanuel, he seamlessly transitions between dialects, speaking in primarily English and Nuer (Thok Naath), a language from South Sudan and western Ethiopia. Produced by MoBlack and Henrik Schwarz, both of whom have worked with Emmanuel previously, the two producers each provide their own version of ‘Chagu’ on the release. Opening with Henrik’s, the veteran German producer and Innervisions regular brings his signature crisp, harmonious composition with velvet synths and a probing bassline destined for the most impressive of soundsytems. MoBlack’s version follows, as the Italian producer, who spent over a decade living in Ghana, demonstrates his rich scope of musical influences with a classic Afro-house beat and hypnotic percussion that captivates. Both visionary producers, Henrik and MoBlack’s versions are equally impactful without distracting from the immediacy of Emmanuel’s lyrics, making ‘Chagu’ a truly exceptional release.